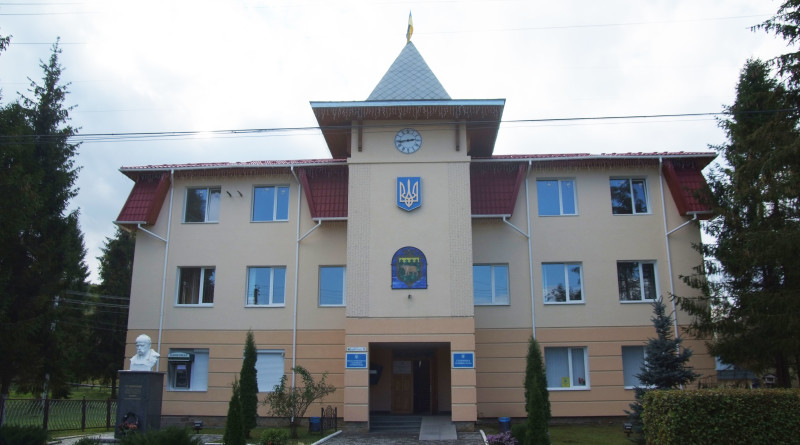 In the Carpathians, at an altitude of 640 meters above sea level in canyon that is surrounded by high mountains, covered with fir, pine and beech forests, located picturesque mountain village – Skhidnitsya. The first thing that attracts you is a strong fragrance that combines the smells of mountain herbs and essential resins. The air here is clean; often breathing it after polluted air of cities you can feel dizziness. But the greatest treasure of this area is mineral water, first among which is unique for its healing and regenerative properties. It’s “Naftusia”. It is worth noting, that on the territory of the village there are the sources of soda waters (such as Borjomi), ferruginous, sodium chloride with high content of bromine mineral water that can be used both internally and externally with functional disorders of nervous system and skin diseases. The first written mention of Skhidnitsya dated XIV century, during Galicia-Volyn principality. If you believe in folk belief and legend, Skhidnitsya grew on the ruins of previous settlement, famous as “Golden Bath” (the name, incidentally, of the main street of the village). The word “bath” for our forefathers meant a big hole (that is “a canyon”) and the adjective “golden” comes from the name of oil, which is extracted from ancient time. Not far from the “Golden Bath” there was located Tustan, the fortress, that was built on the Yamnenskye sandstone cliffs, and at that time people transformed it into the most advanced at that time an outpost, that according to the historical documents has never been conquered by the Mongol-Tatars. Those wooden and stone structure served at that time as the good protection for the people and provided important advantage over the enemy. If listen carefully to the name of the fortress, you can clearly define the words, which it consists of – “here” and “stand”. If you came with good intentions, stop, and protected by fortress walls you will find shelter, food ,rest…, But time and forces of nature are merciless to the creation of men’s hands and this fortress remains only in memories of people and is reproduced in the local museum. Speaking about Golden Bath, it is necessary to say that in those times, when Asian tribes-conquerors, in their campaigns reached up to the Poland, during one of the Tatar-Mongol invasion, it was completely destroyed and most of the residents were killed. Eventually, when the threat has passed, from different corners of their refuges, people began to gather to rebuild the village. That region was home to the Boyko people, mountain people, who have long been able to work in a forest and then to extract the oil. So they settled here and took the new name of the town – Skhidnitsya. Skhidnitsya became known as the place where the oil was extracted, industrial mining of which began in 1872. In that very place, there was mechanically drilled the first oil well. But the main recognition was brought to Skhidnitsya by the mineral waters. Almost 30 years, the founder of the waters Omelyan A.Stotsky tried to get the right to use them for treatment. He proved that Skhidnitsya is very rich for mineral waters. Thanks to Omelyan Stotsky, Skhidnitsya began to progress as a resort, and on January 9, 1976 the village was officially recognized all-USSR resort. The last plan as for development of Skhidnitsya to 2015 is dated from the year 1993… In 1998, according to the order of the president, on the development of the resort, Skhidnitsya village was recognized as All-Ukrainian children’s health resort. The Ministry of health has adopted the program. Today Skhidnitsya experiencing a new revival, the people from all over the world come here not only to get some rest but also for treatment. The fame of the small town, which nature so generously presented its treasures – water springs, that have the full right to be called healthy, is growing every day. It stimulates capital inflows and the development of private business in the village. The village as already a dozen boarding houses, built numerous rest homes, recreation and health facilities, the service sector is also developing. Apart from resort hotels, you can improve your health and have a rest in private health centers. So we invite all those who have already been here, and those, who’s just going to visit this land of springs, to Skhidnitsya. Come and it will be one of your favourite places for rest.